Goldman Sachs presents a new basket of European companies that employ an above-average number of women. The background: companies with a higher proportion of female managers have in the past given their equity investors a better performance, say the strategists at Goldman Sachs.

"In more or less every period since the global financial crisis, a higher number of women in executive positions as managers or on supervisory boards is associated with a company outperforming the sector," strategists led by Sharon Bell wrote in a note in October 2020. However, they pointed out that this did not apply to all sectors and that scientific research on this trend was not yet complete. 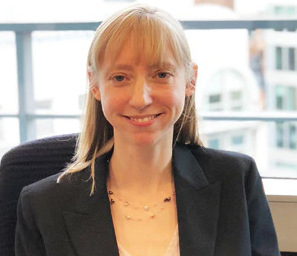 Not valid for all industries
The new basket contains European companies with the highest proportion of women at all levels and is called "Womenomics" (GSSTWOMN Index). It includes companies such as LVMH Moet Hennessy Louis Vuitton, Swedbank, Nestle and AstraZeneca. French and Scandinavian companies dominate the list, the strategists say, as France has a quota system for female board members, while the Scandinavian region traditionally has a higher female labor force participation.

French, Scandinavians in front because of female quota and high labor force participation
Europe has made greater progress than the USA in helping women achieve equal rights in the workforce. While the wage gap between men and women in the region remains significant, it is smaller in all major European countries than in the US, Canada and Japan, Goldman said. Women's labor force participation in Europe has increased, while in the US it has remained unchanged since the late 1990s, the strategists said.

Interest in ESG funds has grown strongly in Europe
Goldman research also takes a stand on the market debate about the importance of investments based on environmental, social and governance principles. In Europe, interest in such investments has increased significantly this year. According to Citigroup, around 50% of all new ETFs in Europe, the Middle East and Africa this year are ESG-related and have an asset value of around $4.2 billion. This compares to $3.8 billion for new non-ESG funds.

Was it ESG flows that flushed companies with more women to the top?
Inflows into ESG-focused strategies may have contributed to better stock performance in companies with a higher proportion of women, Goldman says. "Share price outperformance may be due to inflows into ESG funds that target diversity metrics, rather than the fact that more women bring better results or lower risk," the strategists said. "But even if this were the case, we continue to believe that investors will appreciate higher social and governance values for companies. Companies that perform well on these indicators should therefore continue to attract both inflows and share price premiums".

No correlation between higher proportion of women and return on equity
Goldman's strategists added that they could not find a correlation between the higher proportion of women and return on equity. Although the outperformance of companies with more women over different periods of time is "quite robust", they said, it does not work in industries such as technology, as the sector has been slow to expand its diversity. There are also no conclusive scientific results on the question of whether increasing the proportion of women improves performance.

Preliminary, scientifically not yet confirmed results
Goldman's Europe Womenomics Index has fallen by about eight percent this year, compared to an 11 percent decline in the benchmark Stoxx Europe 600 index, and the difference has been even more pronounced over the last five years: Womenomics rose by 20 percent, while the Stoxx 600 rose by about 3.5 percent.

The companies in the basket have an average of 46% female employees, compared to 36% for the reference index Stoxx Europe 600. 40% of the selected companies also have female managers and 42% female supervisory board members.

Further information from Goldman Sachs on the topic of women'somics can be found here. hier.

Gender Balance
Goldman strategist says that companies with a higher proportion of women outperform the market. 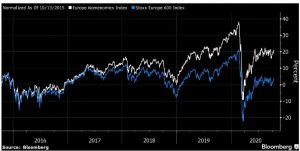 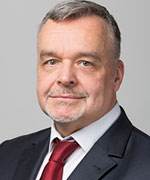 About the author of this article:
Dr. Kurt Becker is chief editor of the magazine Institutional Money.