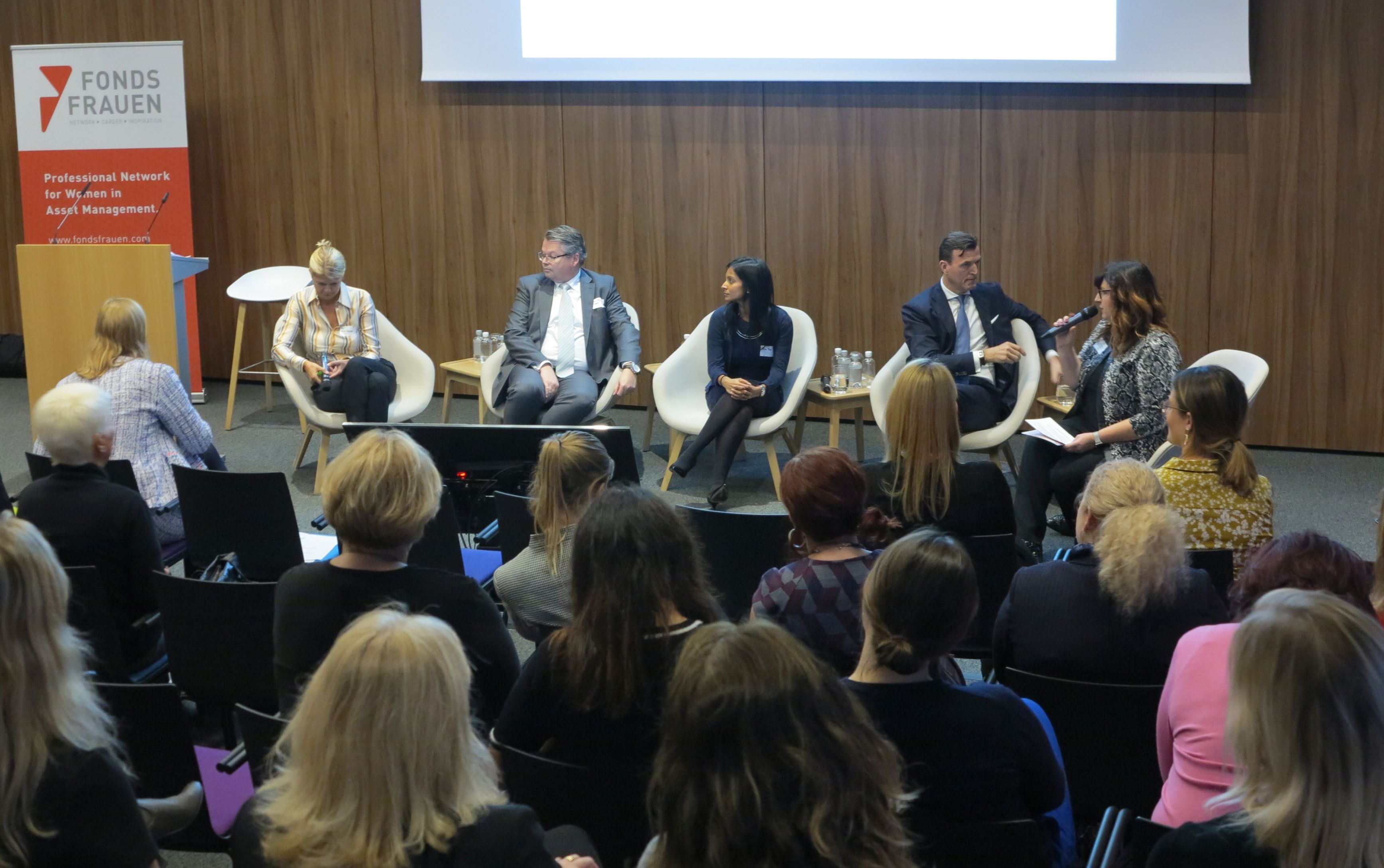 In her opening speech, Corinne Prinz from Arendt & Medernach, noted that the profile of the legal industry looks similar to the investment industry:

Although the proportion of female law graduates slightly exceeds that of male graduates, there are only four female partners at Arendt.

After a short welcome and introduction by Fondsfrauen Co-founders Manuela Fröhlich and Anke Dembowski, Martine Capus, the local representative of the Fondsfrauen Network in Luxembourg, took over the moderation of the evening.

Competent women giving insights of their experience
Minister Corinne Cahen said in her keynote speech that it is important that women work not only where the money is, but also where the power is – for example, political power. The courageous entrepreneur and politician is Minister for Family and Integration as well as Minister for the Greater Region of Luxembourg and party leader of the Democratic Party. In 2009, she had already campaigned for more flexible parental leave in Luxembourg, so that fathers in Luxembourg can now take more than just a few days of parental leave. This also helps against the unconscious bias that employers prefer to hire young men than young women. “Women should work if they want to. This is not only important for their financial independence, but is also a matter of social integration,” said Cahen. She called on the participants to teach their daughters to be independent.

Corinne Lamesch, Chairwoman of the Association of the Luxembourg Fund Industry (ALFI) and longtime Country-Head Luxembourg of Fidelity International, spoke in her keynote speech about her personal career and the challenges she had to overcome. In anticipation of the following panel discussion, she showed a short film about the prejudices about how people are in the financial industry.

Unconscious bias costs resources
The panel discussion was under the theme of the unconscious bias (“young professionals and unconscious bias within an agile hiring process”). Under the moderation of Manuela Fröhlich, the panelists Neha Rao, Talent & Engagement Manager at Linklaters, Jean-Pierre Faber, Director at the CSSF supervisory authority, Bernhard Dedenbach, Partner & Founder at BD associates and Dr. Ing. Aline Muller, CEO of Liser, the Luxembourg Institute for Socio-Economic Research, discussed these topics.

The conclusion of the discussion was that discrimination in the recruitment process is costly, as the person who ultimately secures the job, is most likely not the most suitable candidate for the role, thus leading to inefficiencies and staff turnover.

Brown Brothers Harriman, also the host of the evening, gave a closing speech to the topic of the evening, before the participants went engaged in the networking event. With drinks and snacks the topics of the evening were picked up again and good contacts made.

We thank Arendt & Medernach and Brown Brothers Harriman for their hospitality!