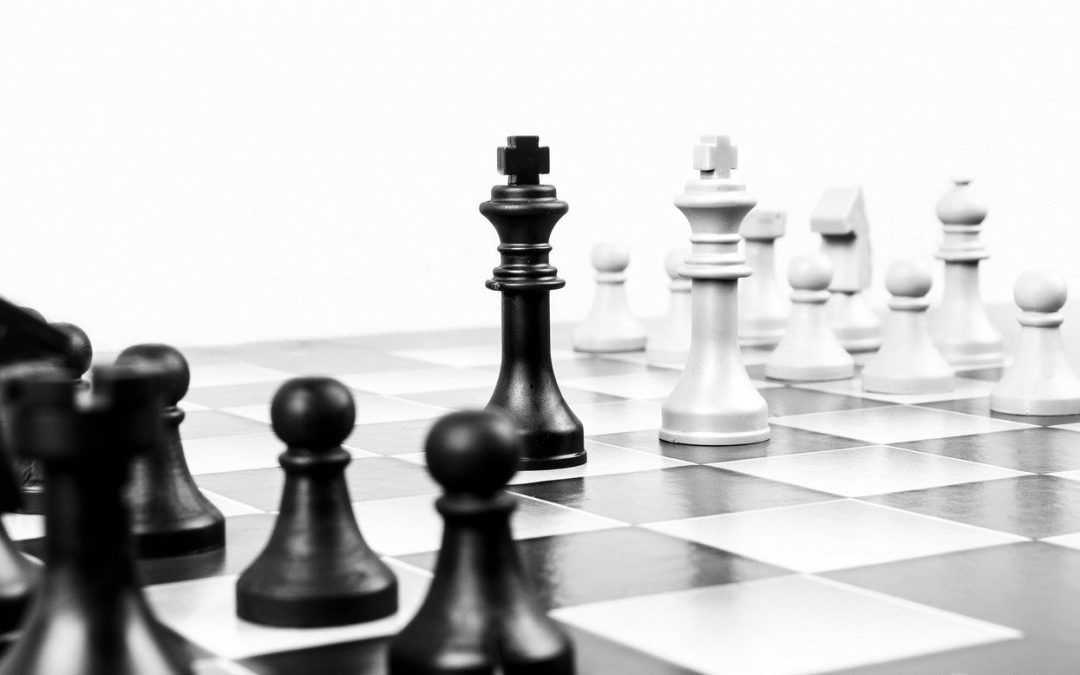 For more than half a year now, it has been clear to a number of listed companies that anyone who has not filled any positions on their management board with women by August 2022 may run into problems as a result of the Second Management Positions Act (FüPoG II). But there are still many companies whose top management body consists exclusively of men. For Kristina Kern, ESG analyst at Union Investment, this is a risk that should not be underestimated: "Companies that don't do their homework when it comes to more diverse board composition are also likely to have a harder time on the capital market."

Second Management Positions Act (FüPoG II)
The background to this is the Second Management Positions Act (FüPoG II), which has been in force since August 2021. The most important requirement of the law is that listed companies with equal codetermination and more than three board members must appoint at least one woman to a new board position. The current transition period ends on August 1, 2022.

According to a survey by Union Investment, half of the 24 affected companies that did not comply with the law's participation requirement as of March 2021 have not yet responded. Only seven companies, including DAX member HeidelbergCement and MDAX groups Uniper and Wacker Chemie, now have at least one woman on the board. "As a sustainable investor, we expressly welcome the diversity in the board composition. On the one hand, it shows that the company has an extensive pool of female candidates, and on the other, it minimizes operational risks," says Kern.

Some companies downsize their board to 3 men
However, not all corporations have followed the intention of the law: Five of the companies affected - for example Aurubis and Rheinmetall, which are listed on the MDAX - are now formally complying with the regulation. However, they have only managed to do so because they have reduced the size of their executive boards to three men. This means they fall below the legally relevant limit. 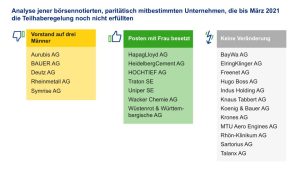 The fact that the capital market is fundamentally sensitive to this issue is shown by the example of Deutz: The question of whether the Executive Board could be reduced in size caused heated discussions at the company and, among other issues, contributed to the resignation of the CEO. At the same time, the head of the supervisory board gave up his chairmanship and moved to the second row of the supervisory body. In the wake of the personnel squabbles, the share price of the SDAX-listed group fell by more than ten percent at times.

Long-term and diverse succession planning is important
Why half of the companies have not yet actively responded to the legal regulation is partly due to one reason: executive board contracts still running for several years. And even a long-term extension of the contracts of top male personnel, which is still possible until August, would satisfy the law. After all, it only applies to new appointments. "But this approach carries risks," Kern says. "If a board position becomes vacant after the transition period expires in August 2022, only a female replacement will be considered." As long as no suitable woman is found, the position remains vacant - with all the potentially negative consequences for the business.

"We recommend that companies continuously maintain a list of potential female candidates. Long-term, diverse succession planning helps prevent a potential management vacuum," Kern says. There should also be a focus on internal talent development and retention to build suitable female candidates for a board position.