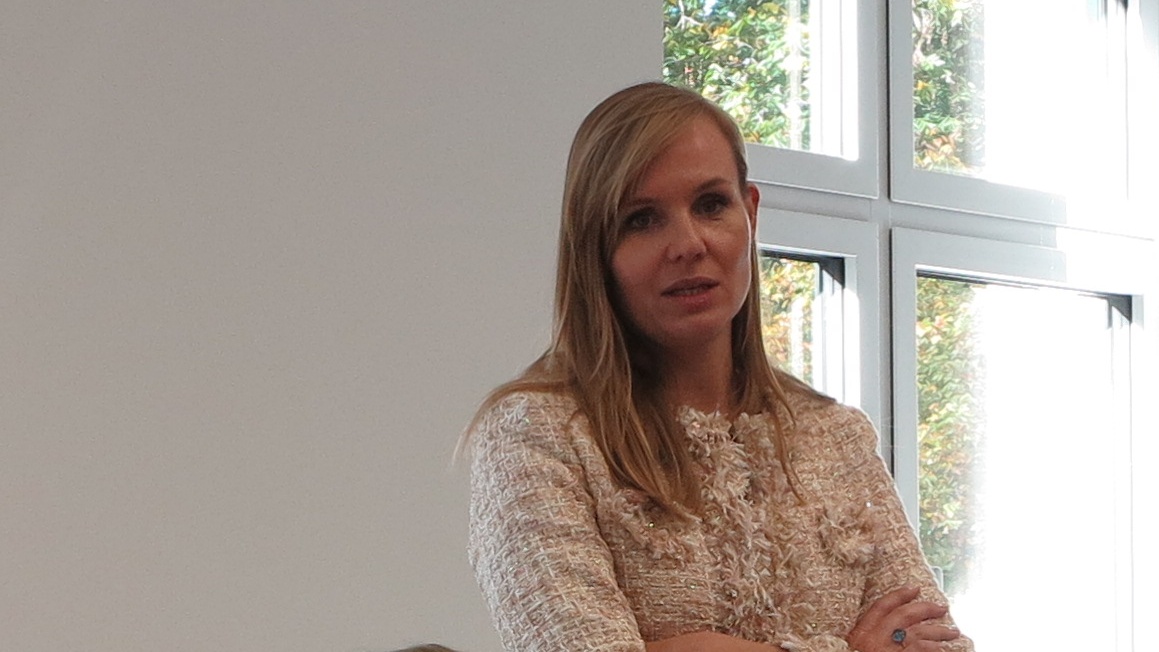 The new Blackrock office in Munich was somewhat difficult to find, as the company logo had not yet been applied to the new premises directly on Lenbachplatz. But numerous women had found their way after all and came to Blackrock's women's event on October 19, where Blackrock recently became a sponsor of Fondsfrauen.

Peter Scharl, board member of BlackRock Asset Management Deutschland AG welcomed the participants via tele-video from London. "Diversity is a very high priority for us in recruitment. In our daily work, it is fun to work in diversified teams, and studies have shown that business results are also better," explained Scharl, who is also an Inclusion and Diversity Officer.
He reported on Larry Fink's visit to Germany - he is Blackrock's founder, chairman and CEO - and that he spent 10 minutes talking exclusively about diversity. Of the 480 graduate students Blackrock hired as analysts this year, 52% were women and 48% men.
Anne Connelly then briefly presented the activities of the fund women, and then Dr. Manuela Rabener gave a very exciting account of her personal career path. She is now Chief Marketing Officer at Robo-Advisor Scalable Capital, which works with iShares and other ETF providers, among others.
Cut your losses!
With math and art as her major subjects, she initially studied theatre, film and media studies, but soon switched to business studies with a focus on business mathematics. "If you realise you're on the wrong track, you have to cut your losses quickly," she comments on the change.
Even as a student, she did an internship in the investment division of Goldman Sachs, which was extremely exciting but also very labour-intensive in the days of the “New Market”.
Leave your comfort zone occasionally and look for a team where you enjoy working!
She then studied in Lyon, France, although her French was by no means terrific at the time. "It is worthwhile to maneuver yourself in situations where you leave your circle of competence. You grow with it", is her thesis to go with it.
After her studies, Rabener hired at McKinsey. "I earned less there in my first job than I did in my student job, but I only worked 80 hours, not 110, like at Goldman Sachs." She was in Consumer Products Risk Management. And because she didn't like the first team she worked on, she switched to another team. "You have to find a team that you enjoy working with," is her next thesis.
She then took a year and a half off to do her doctorate, which in retrospect she considers to be of little help: "The doctorate title is of no use in international business."
Back at McKinsey, she went to New York, Dubai and London, as she participated in a global rotation program. "It was worth it because that's where I met my husband".
Set up an e-commerce company in Russia
A short time later Rabener left the consulting company and started his own business with an e-commerce company for children's products. But her first business start-up was not successful. "I was then offered a job by Rocket Internet to develop furniture Internet sales in Russia." She took it up and moved to Moscow. She can tell some funny stories about the challenges of logistics, taxes and customs in Russia. But still: "After 2 or 3 years we were profitable with Westwing in Russia".
She then seized the chance of a new offer and started working with some Westwing colleagues at Scalable in London. "I understand the product very well because I studied financial econometrics, and I find the combination of marketing, design and econometrics incredibly exciting."
Finally, Rabener gives the participants two pieces of advice: "Firstly, women should have more confidence in themselves than they think, and they should also jump in at the deep end. It will work out fine! And 2: "Women often sell themselves short. You have to make sure that what you do and what you've accomplished is seen." Instead of saying "I can't do that," we should say "I haven't done that yet, but I'll get into it."
In her current job, Rabener is happy. "I enjoy being entrepreneurial and making decisions." That's the difference from her consulting job at McKinsey: "There I could consult with the companies, but the final decision was made by others."
Photos: Anke Dembowski