On the topic of poverty among women in old age on on June 24 in the, a high-profile Podiumsdiskussion took place. The digital roundtable discussion focused in particular on the role played by financial education and financial services offerings. The event was hosted by the non-profit research institute institut für finanzdienstleistungen e.V. (iff) in Hamburg.

The background to the discussion is as follows: Although female finance is currently a big buzzword, women still have significantly less money at their disposal in old age than men.

Women are well aware of the problem

It's not that women don't know that. This year's Jugendstudie der MetallRente shows that three quarters of 17- to 27-year-olds are worried about receiving only a low pension in old age and being poor. It is striking that the fear of old-age poverty is even more present among young women (84%) than among young men. So although women know about this and are afraid of old-age poverty, they do not do enough about it. The MetallRente study shows, for example, that only 29% of young women regularly save for their old age. By contrast, 45% of young men regularly put money aside for their retirement.

Expand financial knowledge among the population

The reason why more women than men work part-time is considered to be that women take on significantly more care work than men. Hence the following demands:

The products are okay, but women should be addressed differently

Companies and politics should also do more

The positive experience companies gained during the Corona crisis and the acute shortage of skilled workers should increase companies' willingness to allow more flexibility. 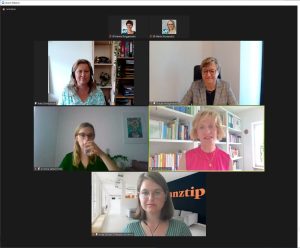