Proportion of women on German boards grows to just under 15% 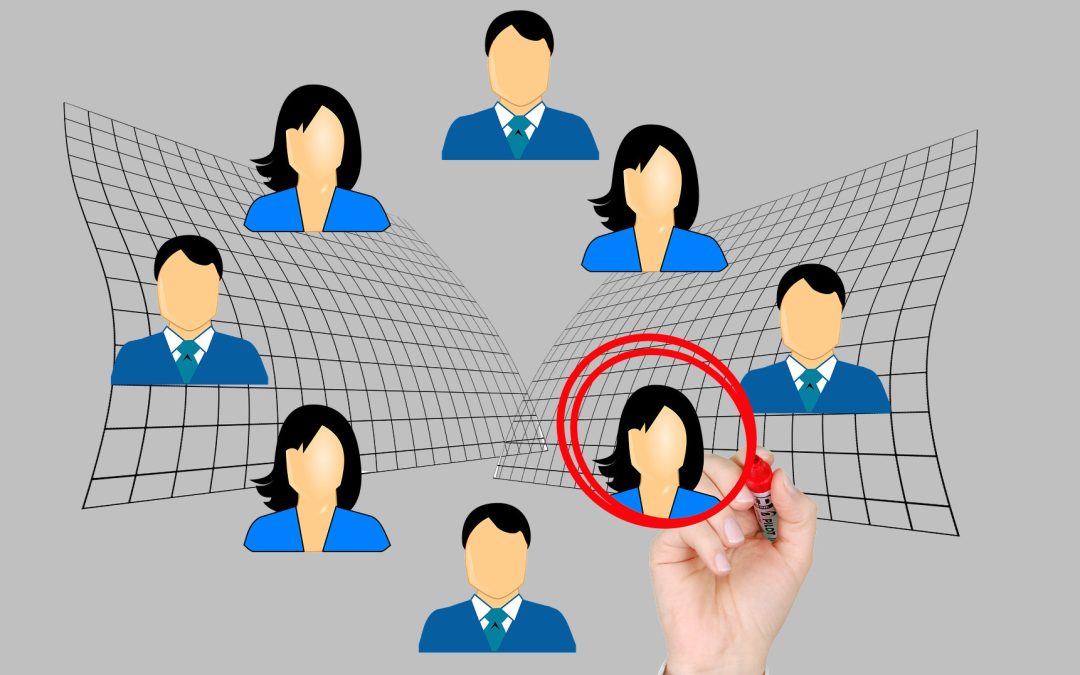 The proportion of women on the management boards of the 200 companies with the highest sales in Germany (excluding the financial sector) was just under 15% in the fourth quarter of 2021. A year earlier, the figure was 11.5 %. This is the result of a study by the German Institute for Economic Research (DIW) in Berlin. Every year, the institute examines the representation of women on management boards and executive boards as well as on supervisory and administrative boards of the largest companies in Germany. The results are published in the form of the DIW Women Managers Barometer. The figures published here were researched from November 28 to December 7, 2021, and are based on companies' self-reporting on the internet, the annual reports for 2020, the Federal Gazette, and inquiries made by DIW Berlin to the companies.

Remarkable increase in the proportion of women on management boards

The total number of female board members in the top 200 companies rose by 38 to 139. There has never been such a sharp increase within one year as in 2021 for this indicator since the start of data collection in the Women Managers Barometer in 2006. However, the number of board members in this group of companies has also increased overall as a result of board enlargements. In the top 100 companies, which have consistently had slightly higher proportions of women on their boards since 2016, this has also risen sharply to over 16% in late fall 2021 (the year before it was just under 14%).

There was also a very strong increase in the proportion of women among the CEOs compared with previous years: In the group of top 200 companies, this proportion doubled year-on-year to 8% in the fourth quarter of 2021 (14 women instead of seven a year earlier). In the top 100 companies, there was also a significant upturn, with almost 7% women as CEOs (up from just over 4% previously). This corresponds to six instead of four women leading one of the top 100 companies in Germany in the fourth quarter of 2021.

Among the CEOs of the 100 largest banks in Q4 2021, however, there were eight women, two fewer than a year earlier, and the corresponding share of women fell from just over 10% to just over 8%. Insurance companies, on the other hand, saw a sharp increase: five women as CEOs (a good 8%) were more than twice as many as in the previous year (two women and a good 3% respectively). 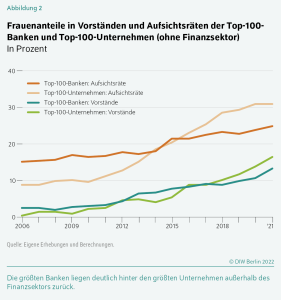 Proportion of women on management boards increases in all banking groups, on supervisory boards only in public-sector banks
A comparison of the individual bank groups shows that the private banks have by far the highest proportion of women on their boards, with over 17%, followed by the cooperative banks with 12% and the public-sector banks with around 11%. In all three banking groups, the proportion of female board members increased significantly compared with the previous year - in contrast to the number of women as board chairmen: at both the public-sector and cooperative banks, it remained the same at four women and one woman respectively. At the private banks, the number of women chairing the management boards in late fall 2021 was even lower than a year earlier, at three.

Statutory quota helps to increase the proportion of women
The results suggest that statutory quotas help more than non-binding recommendations or voluntary commitments. In Germany in 2015, as part of the first Act for the equal participation of women and men in management positions in the private and public sectors (FüPoG I), a binding gender quota of 30% for the Supervisory Board was adopted for companies that are both listed on the stock exchange and subject to equal co-determination.

Initially, there were no statutory requirements in Germany for management boards in the FüPoG I adopted in 2015. These were only introduced as part of the Second Act for the Equal Participation of Women and Men in management positions in the private and public sectors (FüPoG II), which came into force in August 2021 and applies to Executive Board appointments from August 2022.

In March, Fondsfrauen will again specifically discuss the proportion of women in management bodies of the capital management companies examine and publish the results here.