"Women must not save themselves poor!" 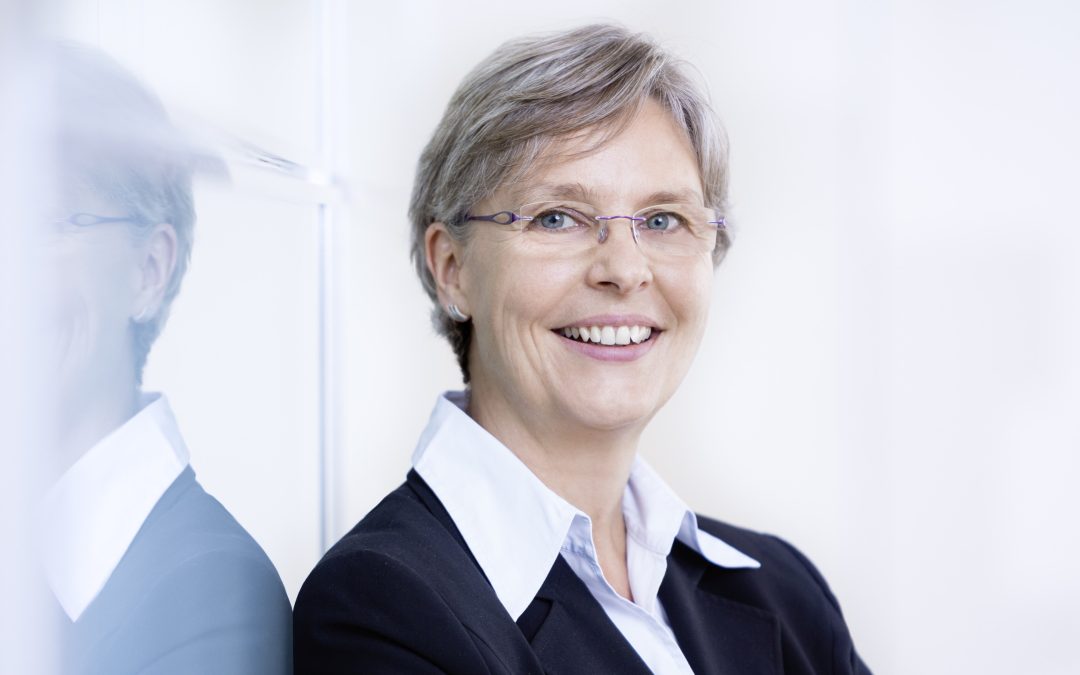 Dr. Gabriele Widmann is an economist at Deka, the securities house of the savings banks. She is an expert on the topics of retirement provision, as well as demographics, women & finance. Fondsfrau Anke Dembowski talks to her about the results of the current Deka study and what women can learn from it.

Dr. Widmann, it is often claimed that women in particular pay too little attention to their retirement planning. Does that confirm the study you recently published?

We surveyed women and men in the study. We wanted to know how satisfied Germans are with their financial security for old age, whether they are worried and whether more promising investments are also an option for them. We found no significant differences between men and women in their level of knowledge about the state pension. Both women and men are aware that they need additional private pension provision to maintain their standard of living in old age. At the same time, however, our study shows that men prefer to deal with the topics of retirement provision and finances than women: The figure is 36 percent for men and only 23 percent for women.

Why is the topic so uninteresting for women?

That could still have a bit to do with upbringing. Girls don't seem to talk about financial topics as naturally. Boys, on the other hand, also talk to each other about finances more often than girls, sometimes they really enter into a competition.

Why do men find financial topics more interesting?
It is difficult to make a general statement on this. As a rule, men are more willing to take risks than women. This is shown, for example, by the answers to the question of whether higher-risk asset classes are also considered for retirement provision: Just under half of the male respondents answered in the affirmative, compared with only 31 percent of the women.

One result of your study is that women are more concerned about their retirement planning than men. What do you think the reason for that is?
Women actually display a healthy realism here. The fact is that they generally have lower regular incomes and therefore lower pension entitlements. According to statistics, men in the old federal states receive on average almost 500 euros more per month in old-age pensions than women. In the new federal states, the figure is almost 400 euros more. However, they are still not actively doing enough about it.

Did you find that women invest differently than men?
Yes, definitely! Our study shows that significantly fewer women than men make provisions for their old age with securities: only 16 percent of women, but 34 percent of men. In the case of married couples, this may also be due to the fact that the securities account is often held in the man's name.

Is that a problem? In the event of a divorce, the securities account is usually part of the inheritance anyway...
That is true, but the problem is that in the event of a divorce, the wife will not be able to access the money for quite some time if the deposit is exclusively in the husband's name. In addition, more and more married couples have prenuptial agreements that exclude part of the gain. And of course there are many unmarried couples, often with children. There, too, the accounts are often in the man's name.

How can this be changed?
I have a daughter myself, and I've noticed time and again that girls and women simply need more security, and they're very careful not to make any mistakes. This also applies to retirement planning. Our study shows that just under half of the women surveyed are unsure how best to invest their money for retirement. They often act according to the motto: "Before I do something wrong, I'd rather do nothing!" That's why it's important to make them understand: If you heed one or two simple rules, you can't go that far wrong. Invest in a globally diversified equity fund, hold it for a long time and save it regularly with fixed amounts. You don't need to be particularly intensively involved with the subject of finance. It's just important to set the right course! Our advisors will be happy to help you with this.

If you don't know about the topic that well, it's always difficult to distinguish good advice from a bad one? How should women proceed here?
They should focus on the total return of their portfolio! The expected total return must be sufficiently high to at least compensate for inflation. For those who are now worried about the current unusually high inflation: We expect inflation to settle back at a rate of two percent as early as the end of 2022.

Cryptocurrencies are very hyped right now. What do you tell women?
I like to give women the tip to ask themselves what the basic idea of a certain investment is. With crypto tokens it is complex, but with shares it is easy to understand! With stocks, women investors take a stake in a company. Stocks reflect a company's future earnings. Yes, stock prices can fluctuate. But in the long run, a growing global population ensures a growing global economy with rising sales and corporate profits. This means that stock prices should also tend to continue to develop positively. There is a broad consensus among economists that the global economy will grow by an average of four to five percent annually - including inflation - over the next 10 to 30 years.

The basic idea behind equity investments is compelling: millions of employees work for me and my money!

Girls and women are not as confident as men when it comes to their mathematical abilities. Does that play a role in retirement planning?
Absolutely! All you have to do is enter the figures into a compound interest calculator. Then women would quickly see that they are saving themselves poor with their preferred conservative investments, such as a savings account. In the long term, inflation in Germany is likely to be around two percent, so the minimum goal is an investment that offsets inflation. To achieve a correspondingly high real return, we need more courage in investing money. We need to shout to women, "Have the courage, just try it out!"

Many women say they have no money left to put aside. Where are they supposed to get the money from?
Indeed, many women earn less than men because they more often work part-time or in lower-paying jobs. The best thing for women to do is to have a fixed amount automatically transferred to their savings plan as soon as they receive their salary. This should be in their own name, of course!

What else is important about investing?
I always warn against alleged insider tips on investments, where a particularly high return is tempting, but the risk is not named.

I understand that at Deka you also advise your employees on retirement planning....
Yes, we have a very dedicated internal employee advisory service. There are several experts whose support employees can call on. In addition to individual counseling appointments, events are also offered on various key topics such as retirement provision or sustainability. Both the individual counseling sessions and the events are very actively used by colleagues.

Thank you for the engaging interview and your advice!