Fondsfrauen Study: Women's quota in the executive suites of fund companies only 13.7 percent 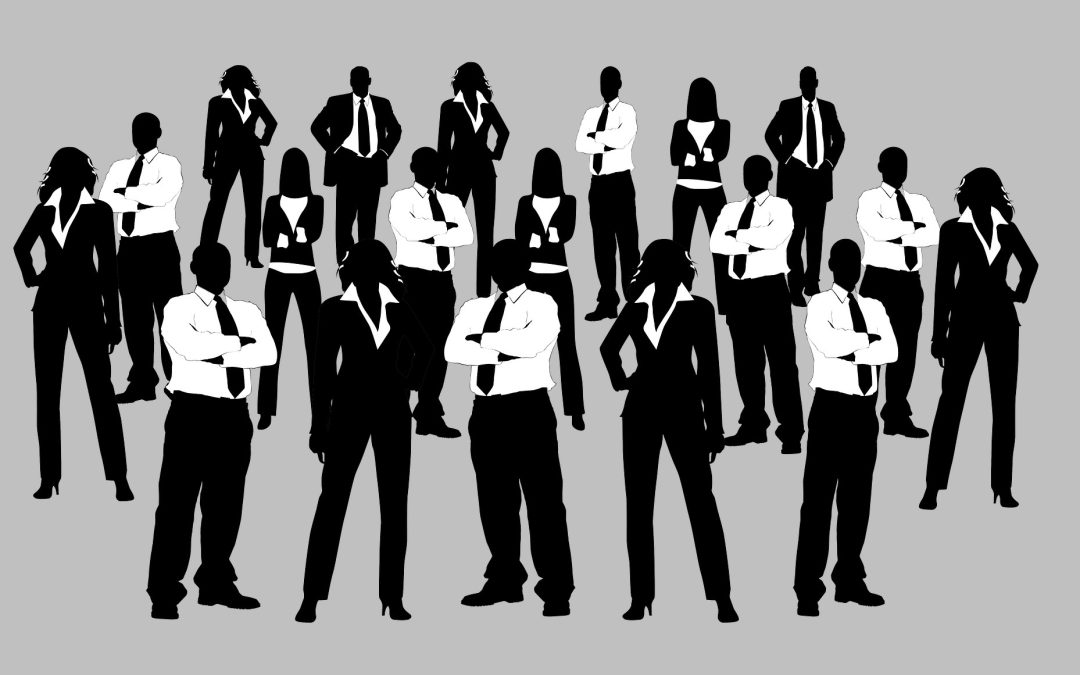 Now that we are well on track across Europe in terms of environmental targets, which are now being pursued further, the social and governance targets are moving forward. One of the corporate goals in these areas is diversity, including gender diversity. Us Fondsfrauen wanted to know what the specific situation is with regard to gender diversity in the top levels of the asset managers who are active in Germany. 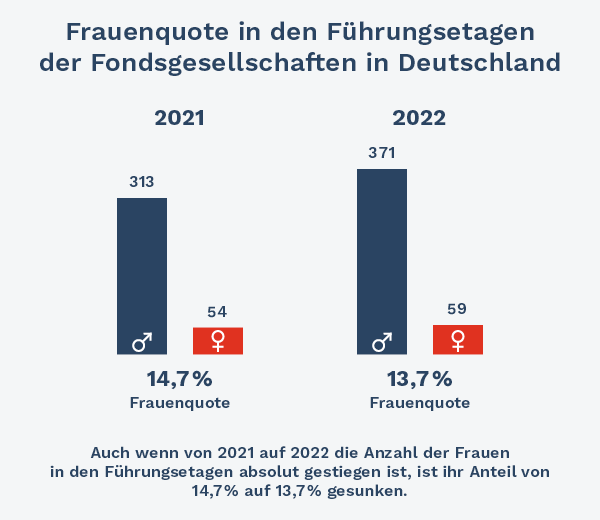 BVI now also has a woman on the Board of Management, Sonja Albers

However, we did see one ray of hope: The 7-member board of the industry association BVI now also has a woman on its top committee in Sonja Albers. Sonja Albers was appointed to the board of Union Investment on March 1 and then also quickly moved into the BVI board.

By way of comparison, the German Insurance Association (GDV), with 18 members, has a larger board than the BVI, which calls itself the "Presidium". Of the 18 members of the Presidium, three are female (Claudia Andersch from R+V, Katja de la Vina from Allianz LV, Monika Köslin from Kieler Rück).

Transparency increases
The data basis for our survey of fund company executives this year is all 116 companies that, as of the reporting date of March 26, 2022, were a Vollmitglied im BVI . 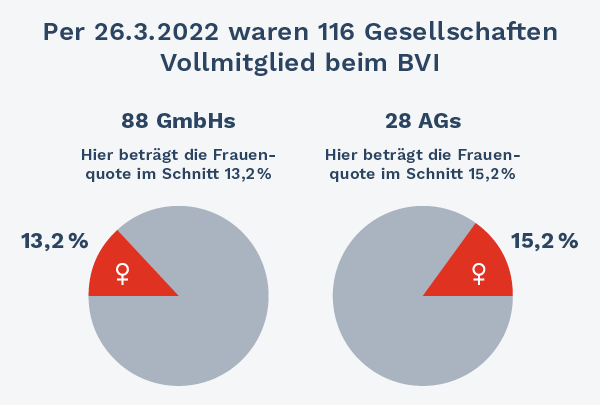 Depending on whether the asset manager is a GmbH (limited liability company) or an AG (stock corporation), there are usually several managing directors or board members. We have recorded all of them by name. This year, we were able to record the management level of 100% of the companies. In the previous year, on the other hand, it was not possible to find out the names of the management at four companies, either by searching the Internet or by asking several times. Transparency in this respect has therefore increased.

Among the 430 top executives, 59 are women
In total, there are 430 members in the top management bodies of the BVI full member companies, including 59 women, which corresponds to 13.7%.

The following companies follow, each of whose management boards has 8 members. 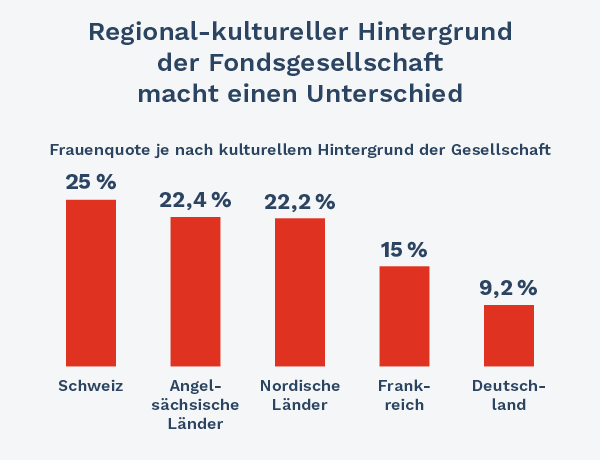 Around a quarter of the BVI full member companies operate as AGs. Among them, the proportion of female board members is somewhat higher, at 15.2%. One reason for the somewhat higher female quota could be that stock corporations see themselves in a stronger public light than limited liability companies and therefore pay more attention to visible governance rules.

This year we again want to draw attention to those companies that have a balanced proportion of women (40 percent or more) on their top management bodies. They are listed in the following table.

These BVI full member companies already have a particularly high proportion of women (over 40%) on their management boards.

Apparently, a particularly high quota of women often goes hand in hand with a relatively small board. In the case of a board consisting of one or two persons, a single woman already leads to a women's quota of 50 or 100%.

Against this background, it is pleasing to note that Schroder Investment Management (Europe) S.A., German Branch has a disproportionately large number of women on its board (3 out of 5 board members), and Allianz Global Investors GmbH has a balanced gender ratio (3 women out of 6 board members). LGIM Managers (Europe) Limited, Germany also has a comparatively large number of women (4 women) with its relatively large management board (9 people).

We are continuing to work on this! Next year, we will repeat this survey and hope to find even more women on the top boards of asset managers active in Germany.