The Fondsfrauen Award 2019 was a successful premiere! 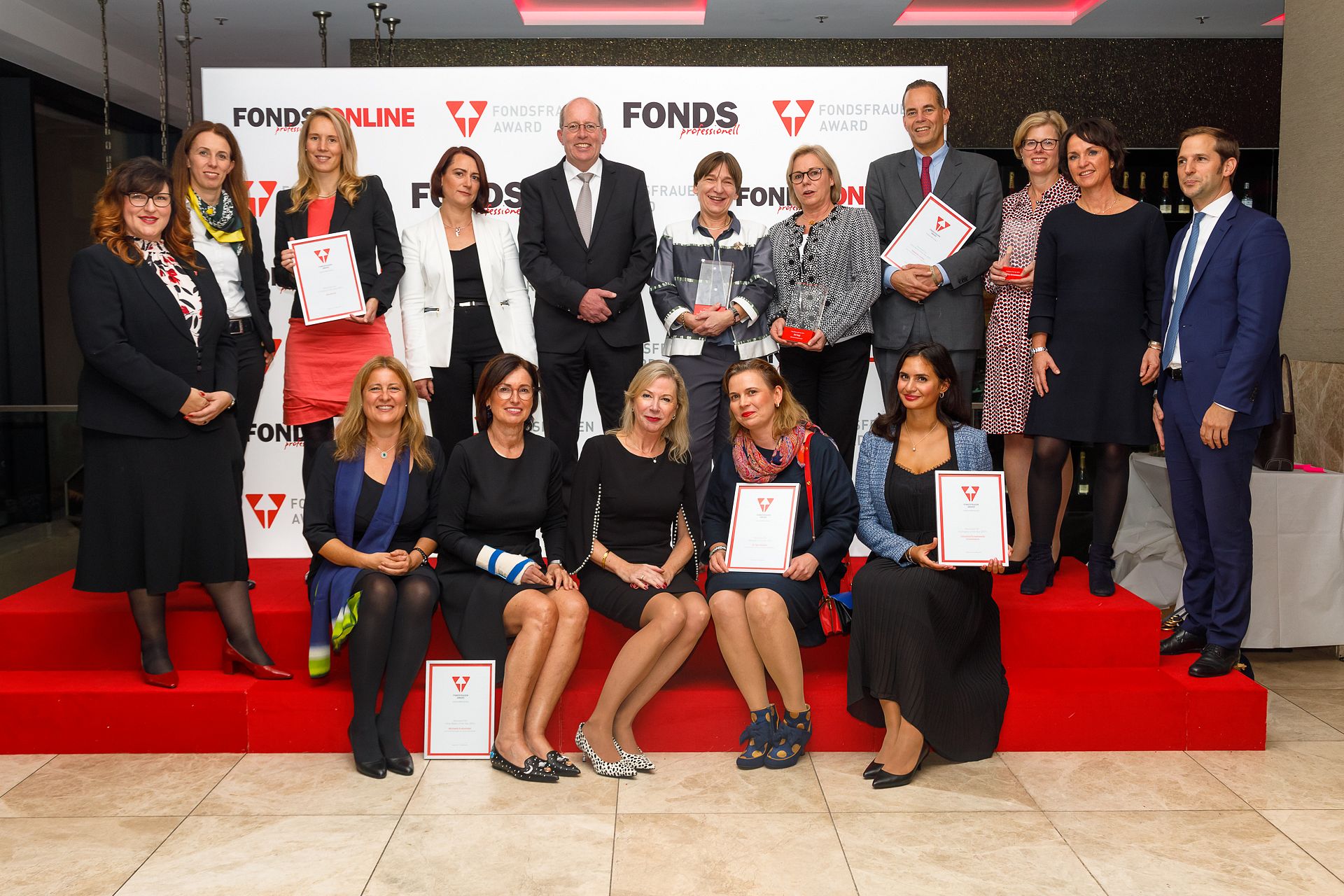 Yes, they exist: successful women in the investment fund industry; companies that promote gender diversity in asset management; as well as men and women who are role models for others.

They were brought to the spotlight at the Fondsfrauen Award ceremony on the evening of 17th of October in Frankfurt and honored for their achievements and role model function in a festive setting. It was the first award ceremony of the Fondsfrauen, which will take place every year in the future.

In the run-up, the Fondsfrauen, together with media partner FONDS professionall, asked men and women in the industry to name individuals and companies for the following three categories – each with precise justification.

Here, the company was sought from the industry, which has been most concerned about women’s advancement in the past year – whether through in-house programs, targeted trainings, promotion of young talents, changed job advertisements, change in corporate culture, etc.

Role Model of the Year

Here, male and female role models could be nominated, who made themselves strong in the promotion of women last year. Whether public appearances, articles, support at events, launching special programs in their own company, mentoring, etc. Someone who takes his or her role as a role model seriously and has actively made his / her contribution to promoting women and attracting more women to leadership positions.

Women of the Year
In this category, women were sought who achieved outstanding professional achievements in the past year. For example, portfolio managers who have achieved very good results with their funds and / or who have generated a high inflow of funds. Or women who, as managers, have entrepreneurial successes such as expanding assets under management, successful mergers or similar achievements.

For the three categories, more than 150 nominations were submitted from the industry, each with indications of how outstanding this person or company has been for gender diversity. From this, an independent jury selected three top candidates per category. They all deserved the prize, the Fondsfrauen say, and thus, the selection was quite difficult.

The jury consisted of the three founders of the Fondsfrauen, Hans Heuser, publisher of the media partner FONDS professionell, as well as Prof. Dr. Alexandra Niessen-Ruenzi from the University of Mannheim, who has done much research in gender issues. In order to maintain independence, the founders of the Fondsfrauen could not submit candidates or stand for election themselves.

Here are the nominations and the winners in the three categories:

“When we present and honour the pioneers and role models for gender diversity in asset management, it should send a signal to the industry,” says Anne Connelly, one of the three founders of the Fondsfrauen.