DIA study: Only 26% of women have a positive view on their retirement income 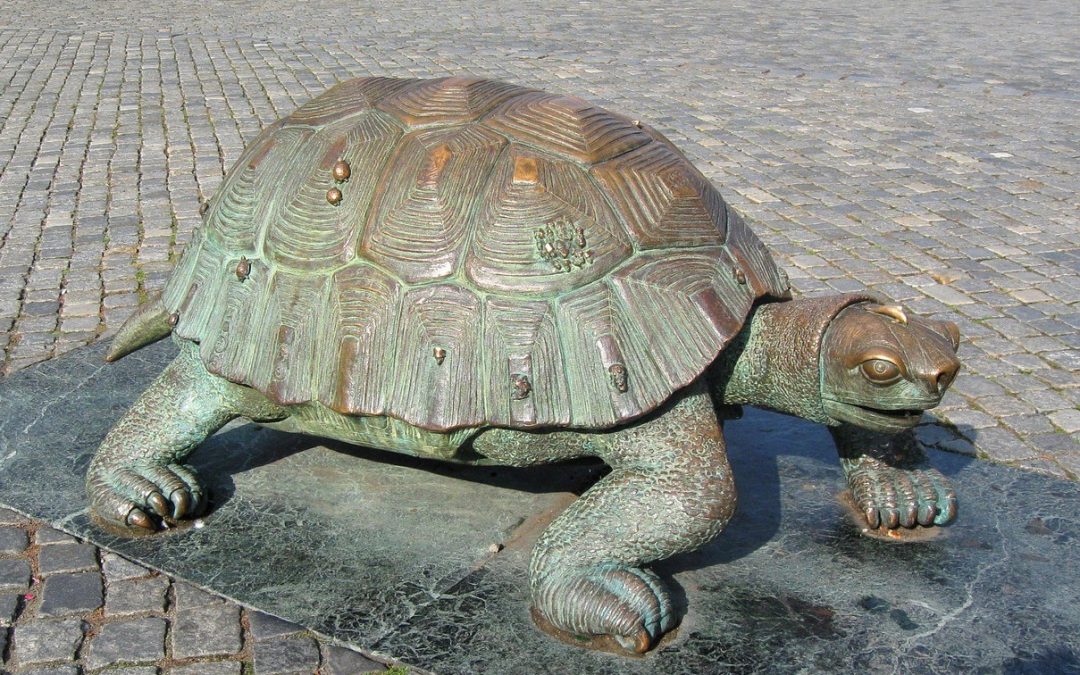 Women assess their old-age provision as inadequate much more frequently than men. This was the finding of the latest DIA Deutschland-Trend survey, in which 2,082 people aged 18 and over took part. (*

61% of women feel that they are not financially secure for old age when they look at all the retirement income they can expect (statutory pension insurance, company pension and private provision). Although an absolute majority of men also share this opinion, at 53% they are significantly less likely to assess their own provision as poorly. Conversely, there are considerably more men who assess their situation in retirement positively (39%). Among women, only 26% hold this opinion. 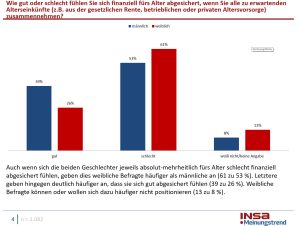 It is also interesting to note that although the absolute majority of respondents in all age groups feel that they are poorly protected for old age, respondents aged 60 and over (51%) state this less frequently than younger respondents (58-63%). The older respondents state correspondingly more frequently that they feel well secured (41 compared to 24 - 31 %). In addition, those who are closer to retirement age see things more clearly: the proportion of those who cannot or do not want to take a position on this drops from 17 to six and eight percent respectively with increasing age.

Confidence about retirement provision strongly dependent on current income
When assessing financial circumstances, there is an almost textbook dependence on income. Whereas with an income of less than 1,000 euros a month only ten percent state that they have a good feeling about their financial security in old age, this positive expectation rises steadily with income. In the income group of 4,000 euros and more, around half of those surveyed are confident. 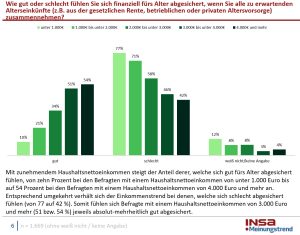 The majority of respondents are aware of the Gender Pension Gap
In the survey, participants were also asked to indicate how high they estimate the so-called gender pension gap to be. This figure shows the gap between women's average retirement incomes and those of men.

The majority of respondents estimated this pension gap to be between 20 and 39 percent. Ten percent of survey participants expected it to be less than 20 percent. About one-fifth reported the pension gender gap at 40 to 59 percent. Thus, a relative majority realistically estimated the pension gap for women. Depending on the calculations, the gender pension gap in Germany is 36 percent (Eurostat) or 46 percent (OECD). Germany thus compares poorly with other countries. 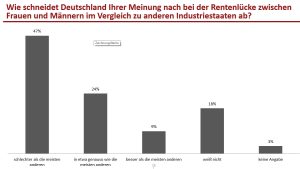 *) The representative survey was conducted in the period from June 10 to 13. 2,082 people from Germany aged 18 and over took part. It was conducted as an online survey. The survey is based on the permanent telephone survey INSA-Perpetua Demoscopia.