The Fondsfrauen Award 2021 shows that it can be done 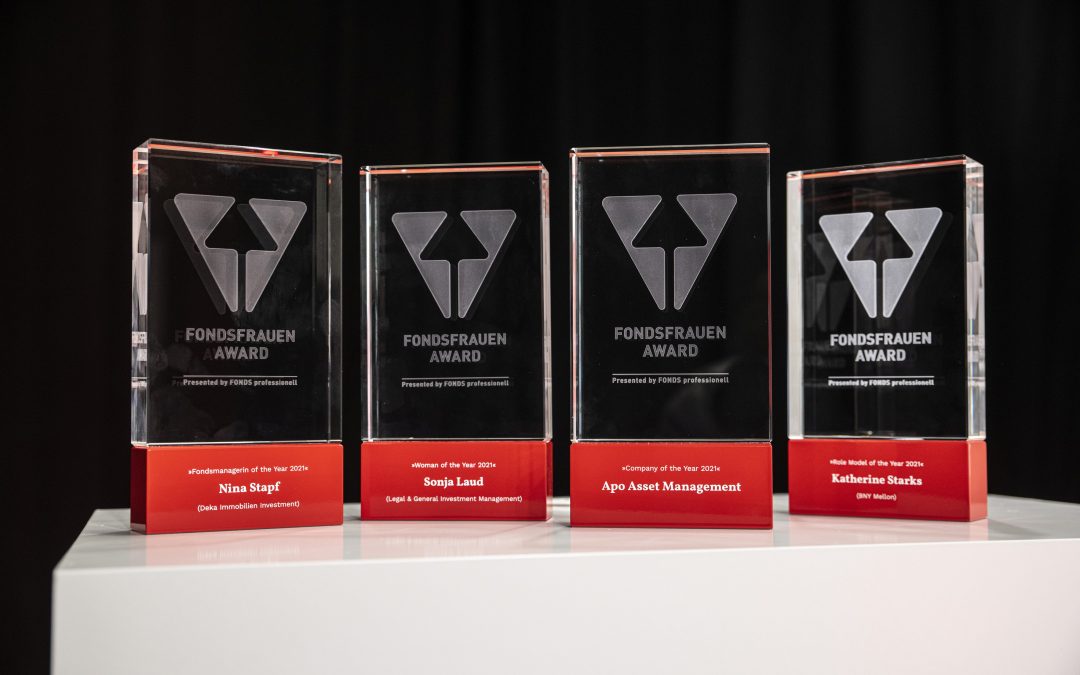 Once again, the time had come: successful women from the investment fund industry; companies that are committed to gender diversity in asset management; and men and women who are role models for others were honored with the Fondsfrauen Award.

A total of twelve female and male financial experts were put in the spotlight at the festive digital event on October 21. They have actively contributed to more diversity in the finance industry as role models, by motivating women in the industry or through their outstanding achievements. The annual Fondsfrauen Award was presented for the 3rd time this year.

You can watch the full award show here:

In the run-up to the event, the Fondsfrauen, together with media partner FONDS professionell, had asked men and women in the industry to nominate individuals and companies for the following four categories - in each case with precise reasons.

Here is the Handelsblatt article about the event

The search was on for the company in the industry that had done the most to promote women in the past year - whether through in-house programs, targeted training, promotion of young talent, changes to job advertisements, equal pay policies or a new corporate culture.

Women of the Year

This category sought women who had achieved an outstanding professional accomplishment in the past year, such as increased sales, mergers or repositioning of companies, implementation of strategically important projects, or the like.

Role Model of the Year
Nominations could be made for male and female role models who have made a strong contribution to the advancement of women in the past year. Whether public appearances, articles, support at events, the introduction of special programs in their own company, mentoring, etc., they were nominated. Someone who takes their role as a role model seriously and has actively made his/her contribution to promoting women and getting more women into leadership positions. Nominations could also be made for people who are an inspiration to the next generation and have been able to inspire more women to enter the finance industry.

A fourth category was added this year:

A total of almost 140 nominations were submitted from the industry for the four categories, each with information on how this person or company has made outstanding contributions to gender diversity. From these, an independent jury selected three top candidates per category. The Fondsfrauen were impressed by the achievements and commitment of the men and women who were nominated. The selection was correspondingly difficult.

The jury consisted of the three founders of the Fondsfrauen, Hans Heuser, publisher of the media partner FONDS professionell, as well as Prof. Dr. Alexandra Niessen-Ruenzi from the University of Mannheim, who has done much research in gender issues. In order to maintain independence, the founders of the Fondsfrauen could not submit candidates or stand for election themselves.

Here you can read the FONDS Professionell article about the event

The following are the nominees and winners in the four categories:

Women of the Year

Role Model of the Year (M/F)

Female fund manager of the year

The respective winners of the four categories were on site in the studio and gave the award ceremony a festive touch. The industry was able to follow the digital event on screen at home or in the office.